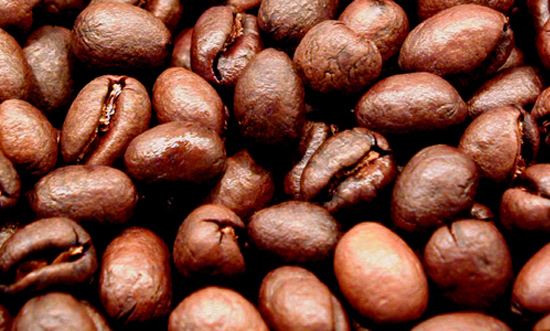 What is Peaberry Kona Coffee?

You’ve probably seen terms like ‘Peaberry Kona Coffee’ and ‘Tanzanian Peaberry’ on coffee labels before. These coffees are extremely popular among gourmet coffee drinkers, and are much more expensive than your average coffee. Whereas a half-pound (8 oz.) of Kona Coffee will typically cost $25, the peaberry versions of the same coffee tend to be $5-$10 more expensive. But what exactly is peaberry coffee? Is it better than regular coffee?

Peaberry coffee refers to a particular type of coffee bean. This unique coffee bean comes from coffee cherries that produce only one fruit, instead of the usual two fruits per cherry. According to Wikipedia, approximately 5% of any given coffee tree’s fruits will be peaberry.

The two fruits that comprise a normal coffee cherry squeeze together and causes the resulting coffee beans to be flat on one side and curved on the other. Because peaberries don’t grow up with that constant pressure, peaberries are round and oblong in shape. They also tend to be larger and more dense.

Historically peaberry coffee beans were considered the ‘runt’ of the coffee tree. They were separated from the rest of the coffee beans because their unique shape meant that they wouldn’t roast correctly and negatively impact the coffee’s overall flavour.

Peaberry: From Runt to the ‘Champagne of Coffees’

The result, at least according to some coffee experts, is that peaberry coffee beans produce a distinct, and some say better, flavour than the regular roast.

1. Higher Density = can hold more flavour-creating particles than regular coffee beans. Whatever flavor your coffee has, the peaberries can hold more of it.
2. Round shape = better roasting. The flat shape of coffee beans means that when beans are turned or flipped, depending on the roasting methods, they can get stuck and cook unevenly. But not so with peaberry, which moves effortlessly through the process for a more uniform result.
3. Attentiveness = Roasting Magazine notes that peaberries need much more care while roasting to hit their “sweet spot”.

The Mysterious Origins of the Orphaned Coffee Bean

So if peaberries were such ‘runts’, why didn’t coffee farmers try to eradicate them generations ago? Well, there’s one problem: no one understands why peaberries happen.

It’s not a genetic occurrence. If it were, farmers could have selectively bred it out

One theory is that, since peaberries tend to occur at the ends of branches, weather may be the culprit. Wind and sun damage may alter the coffee cherries’ DNA and cause it to produce one fruit instead of two.

Coffee’s flavour is ultimately a matter of personal preference. That being said, it never hurts to consult the experts on such issues. Renowned coffee connoisseur Kenneth Davids noted this of peaberry coffee:

I prefer peaberry coffee to be my morning coffee. It’s bright and light, a great complement to the morning. In the afternoon I switch to Kona Extra-Fancy Coffee, the highest grade of regular coffee beans.

Not all Peaberry Coffee is created equal, and it’s not region specific: every coffee growing region in the world is at least capable of producing peaberry coffee. However, some areas’ flavour profiles are more conducive to producing a better tasting cup of peaberry coffee.

If you want to see the best that Kona has to offers for peaberry coffee, check out the 5 Best Peaberry Kona Coffees. . You can also check back to read the latest Kona Coffee Reviews here.